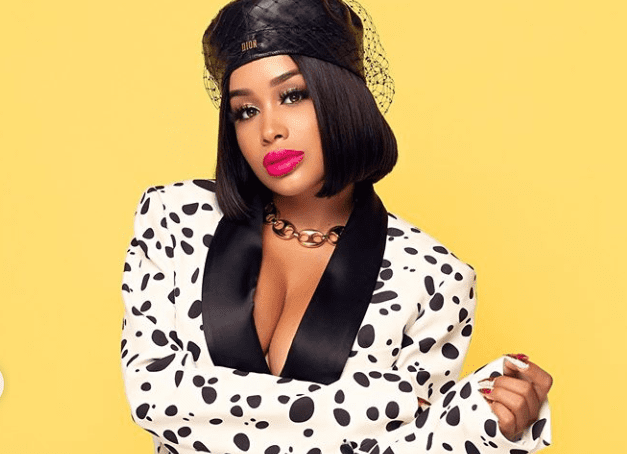 Rapper DreamDoll is the latest cover girl for Rolling Out magazine. She had an interview with the publication where she talked about moving from reality television to a music career. She also touched on some of the industry’s woes which are quite disadvantageous to ladies.

“You have to have tough skin. I’ve gotten turned down so many times. I’ve had people ask me for sex in exchange for their verses. I’ve had producers ask me to send nude photos for beats,” DreamDoll told Rolling Out.

Check out my feature in @rollingout magazine ❤️

Recall, Celina Powell accused the rapper of sleeping with Akademiks for promotion on his Instagram page which she ultimately denied.

“I like to keep it business. If we do a record together, the team does it. My management and lawyers get the paperwork together first.”

She continued, “Women have to work so much harder,” she added. “I can outrap dudes on tracks, but overall you just got to be driven and just work harder and have a great team. Before times get good, you’re going to go through a lot.”

She also spoke about her poor upbringing. “I don’t have a cheat code. My parents aren’t rich or in the entertainment business. My dad’s in prison, and my mom is a hard-working mother of five. I’m trying to provide for my family by any means.”

O.T. Genasis Can’t Wife A Woman Who Has Slept With More Than 2 Rappers