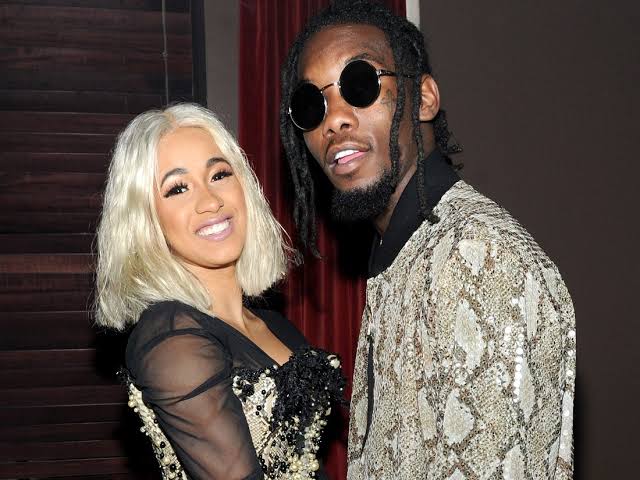 Cardi B took to Instagram live last night, where she confirmed that she has reconciled with Offset following her birthday. “I just be starting to miss [him]… It’s hard not to talk to your best friend,” Cardi began.

“It’s really hard not to talk to your best friend. And it’s really hard to have no d*ck.” Her friend off-screen suggests that she may be bipolar, which Cardi denies. “I know I’m not bipolar ’cause I took a test,” she says.

She continued, “I do like material things,” adds the Bronx native. “What do you want me to do? The n***a gave me a Rolls-Royce and I snub him? And I really wanted some d*ck for my birthday.”

Guess who photobomb me and @offsetyrn picture ? And she know she did it on purpose 😒😒🙄

However, last night, Cardi B appeared to make a shocking and incriminating admission on her relationship with the Migos rapper. Cardi told fans that she “hits” her husband Offset.

The ‘Wap’ rapper quickly deleted this tweet after posting it, but not before it was screen grabbed by folks online.

Now people are beginning to wonder if Offset is the victim in what may a toxic relationship. Peep her Tweet below: 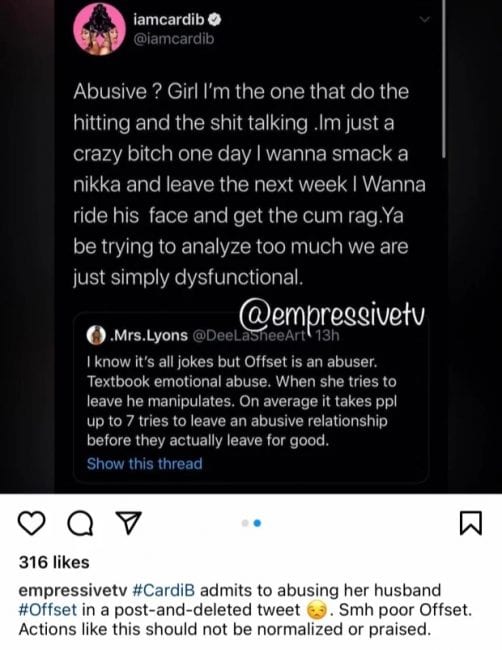