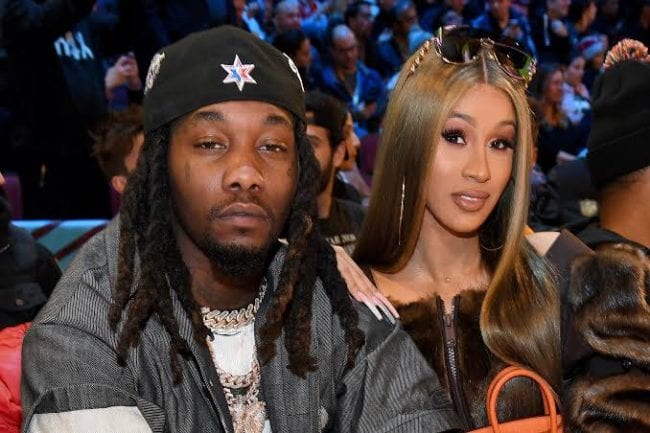 The Reason Why Cardi B Filed For Divorce Revealed

Fans were caught by surprise following reports that Cardi B had filed for divorce from her husband Offset, barely a month after championing her “WAP” on a track with Megan Thee Stallion.

Cardi B is looking to end their 3 years marriage. The Hip Hop couple have been married since 2017. However, neither Cardi B nor Offset have come out to speak about the divorce.

Nevertheless, media outlets have been sharing information from the court documents. It’s gathered that Cardi is seeking full custody of their daughter, Kulture, and now E! News is sharing their “insider” information.

According to the media outlet, they have “sources” who have revealed what caused Cardi and Offset’s split. “Cardi does not trust Offset. She’s really tried for the last two years and has tried to forgive him.”

The insider continued, “It’s been hard for her since the last cheating scandal and there have been rumors of him being unfaithful again.”

“He has been pleading with her that he hasn’t, but many girls have come forward with claims. She had enough and decided to file.” Cardi reportedly “wants to be a good example for her daughter and women out there.”

Guess who photobomb me and @offsetyrn picture ? And she know she did it on purpose 😒😒🙄

Terry Crews: “You’re Not Officially Black & Successful Until They Call You A ‘Coon’