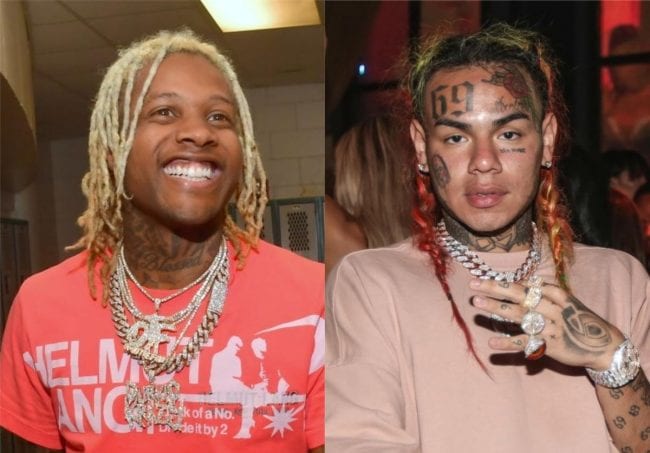 Tekashi 6ix9ine seemingly played himself after he boasted about numbers, trolling rappers who made 50K sales on their albums debut, but eventually, he made the same sales on his newly released ‘Tattle Tales’ album.

After days of staying off social media over the flop, 69 resurfaced with a video of him tearing his own posters in the streets of Brooklyn and another one that shows him giving out his album CDs to strangers for free.

69 has earlier proven that his album didn’t flop compared to that of his critics. The rainbow haired rapper took to his Instagram page to show that his pure sales is quite encouraging.

#6ix9ine pulls out the stats to show the difference between artists who aren’t blackballed vs him. Sales he posted are raw sales without Streams

Tekashi 6ix9ine showed a comparison between himself as an artist that has been blackballed by the industry and others, including Lil Durk, Trippie Redd, and Lil Tjay.

In response to the shade, Durk took to Instagram to unveil some new merch in support of “Laugh Now Cry Later.” The Chicago rapper rocks a blue tee with his opening line from his verse written across.

“Just want to sell 55k worth of Merch like somebody albums sales otfgear.com,” he captioned the photo.

Just want to sell 55k worth of Merch like somebody albums sales otfgear.com

Celina Powell Accuses Adam 22 Of Trying To Ruin Her, Accepts $500 For OnlyFans Video