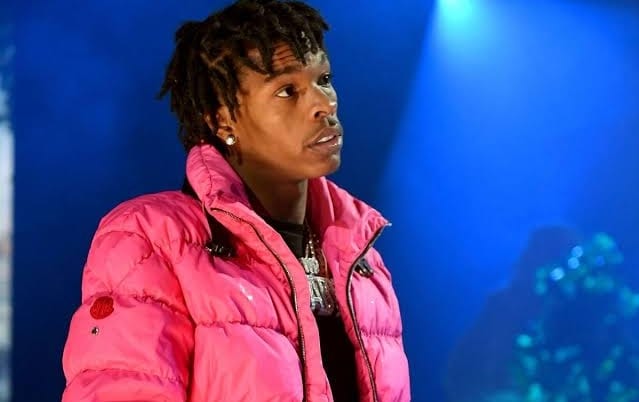 Lil Baby Claps Back At His Baby Mama Ayesha, Seeks Primary Custody Of Their Son Jason

Buzzing Atlanta rapper, Lil Baby, has been in a messy drama with the mother of his first child Ayesha. She claims he’s an irresponsible father, alleging that he didn’t pay for his son Jason’s school fees which got him sent home from school.

Earlier this week, Ayesha blasted the rapper after their son ‘Baby Jason’, celebrated his 5th birthday and debuted his rap career at the event.

“All that matters is that my son is happy I don’t care about Petty childish mad ass people and there sucker moves I’m gone always stand behind mine,” Ayesha wrote in response to a fan that said it’ll be nice if Lil Baby was at the party.

It meant the world to me seeing how passionate you were about your music and I’m beyond proud of you Jason ❤️ you rapped your heart out, danced, autographed T-shirts and was truly the life of your party. I am so thankful and blessed to have such an amazing, outgoing, brave and free spirited son. I know you enjoyed your birthday and I’m happy I was able to make it happen for you ✨ I’ll go to the end of the world and back to see you smile! thank you to everyone that came out and celebrated and a special thanks to @buuworld my favorite DJ and @lanilove_ for an amazing performance✨ happy 5th birthday baby Jason wishing you many more.🤩🤘🏾💫

According to TMZ, Ayesha ended up filing legal documents seeking a declaration of paternity and child support from Baby, ‘claiming he has a net worth in excess of $4 million, which includes money he makes on various endorsement deals. She says one of these deals involves the use of a photo of their son.’

Ayesha went on to list other items he owned, but the 4PF hear honcho has fired back. He claimed he covers “all expenses for the care, support and maintenance” of their son, along with providing regular support payments.

The media outlet shared that the situation has bothered him to the point that he’s now seeking primary physical custody, which was a shock to Ayesha.

She claims he’s never wanted primary custody in the past, and alleges it was only done “in a retaliatory fashion and in an attempt to punish, harass, threaten and intimidate.”

Cardi B Explains Why She’s Divorcing Offset: ‘I Just Got Tired Of Arguing’