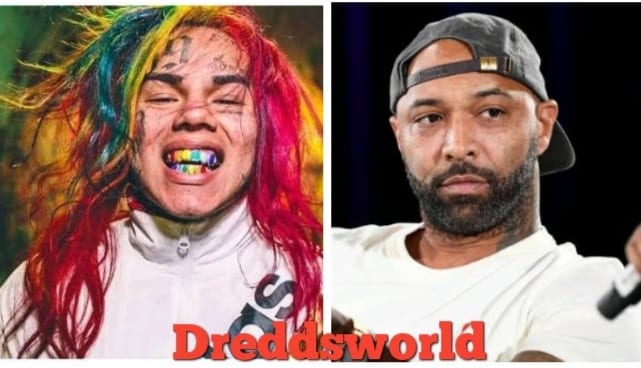 Tekashi 6ix9ine has been trying hard to secure interviews following the release of his ‘Tattle Tales’ album. He was recently exposed by Gillie Da Kid, who leaked an audio of 69 begging for an interview. However, it seems he reached out to Joe Budden also.

On the latest episode of The Joe Budden Podcast with Rory & Mal, Joe Budden revealed that he, too, got a call from someone on 6ix9ine’s side that wanted him to sit down for a one-on-one interview.

He promised it will be his “biggest interview” to date, simply to expose new information on the case. It became as clear to Joe as it did Gillie that this was simply 6ix9ine’s way of sitting next to someone who as certified and had some respect to leverage his name and boost album sales.

One way or another ima force ya to listen to this! Since ya ain’t want to buy it

Joe added that he realized this became a way for him to antagonize people who don’t publicly mess with him. “Oh, he was looking to snitch again?” Mal responded.

Joe continued to say that he asked 6ix9ine’s man, a man named Murph, why he wouldn’t do the interview with Akademiks. “That wouldn’t materialize the way it would if he were with you,” Joe recounted being told. Joe pushed further, inquiring why 6ix9ine wouldn’t just use his own platform to tell his own story, as he’s been doing all along.

“That’s called you’re looking for a co-sign,” Joe said, adding that he didn’t want to be around that type of energy, even if it would be the “biggest interview of my career.” His response after finding out 6ix9ine pitched the exact same thing to Gillie? “Wow, this little manipulative fuck. Back to manipulating,” Joe said.