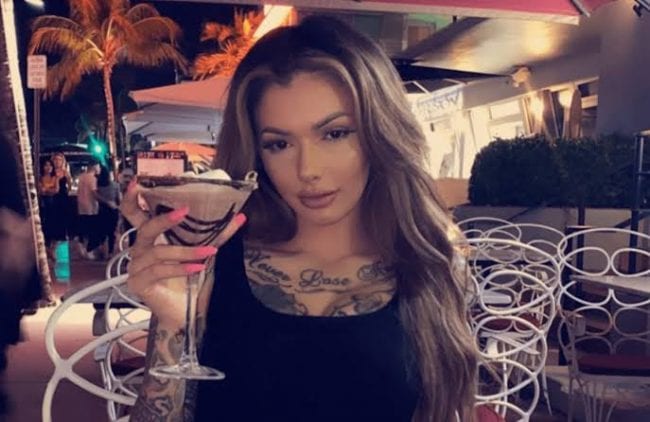 Celina Powell and her friend Aliza have been making controversial headlines with their brand new podcast called “Thots Next Door” hosted on Adam22’s No Jumper YouTube channel. The two Instagram thot have been using the platform to expose the men they’ve slept with.

Aliza made scathing allegations against Trey Songz and Celina also accused DreamDoll of sleeping with DJ Akademiks, which she denied.

Their unverified scandalous revelation made folks on Twitter drag Adam for using his platfom to bring down Black people. However, last night, Adam 22 took to Twitter to reveal that Powell and Aliza could continue their podcast but he would no longer be having it on No Jumper.

I really like Celina and Aliza and I’m going to support them doing the podcast on their own. I’ll explain more in depth Tuesday on the NJ Show but it just wasn’t going to work in the long run. https://t.co/w0U3TlBjLL

Although he didn’t give too many details, he revealed that he would be divulging on the full story as of Tuesday when he does his No Jumper Live Show.

Following the announcement, Celina took to Twitter where she leveled some accusations against Adam and his longtime girlfriend Lena The Plug.

Adam has zero respect for me. I sent a voice memo crying saying I just want the Mutual respect , he then told me NJ people are threatening to quit n he wants to still interview my enemy so it’s fuck you. https://t.co/LpWcF8o2T2

Adam canceled my show to interviewed somebody who is purposely trying to destroy me. Betrayal never comes from a enemy.

I looked Lena the plug in the eyes and apologized to her for ever disrespecting her & told her I’m just so thankful for them. THEY TURNED THEIR BACKS ON ME WHEN I WAS THE HAPPIEST I EVER BEEN.

I didn’t even cash the check cuz I never cared about the money, I was just so thankful he gave me an opportunity to shine. Josh, his sisters husband, told me I ruined NJ & I cried. They knew how much this meant to me, evil ass people with hidden agendas makes me sick.

Powell also said that Adam is planning on doing an interview with someone who wants to “destroy” her. In a later tweet, Celina even made the claim that some No Jumper employees were going to quit if Adam didn’t cancel Powell’s show.

While Adam is yet to reply, DJ Akademiks who hasn’t been on good terms with Adam weighed in on the issue and he seems to be on her side.

It’s crazy when the almighty dollar is the only thing that guides ppls morals.

U crying in the bathroom and they counting the cash from the onlyfans they finna make from u getting piped down.

Florida Pastor Shoots His Wife Dead After Threatening Her On Live