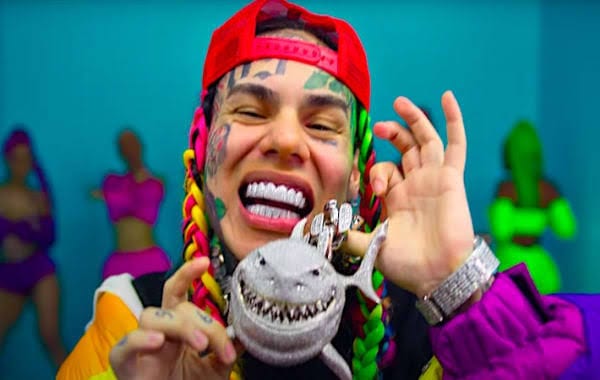 Tekashi 6ix9ine was seemingly humbled after his album debuted at number 4 on the Billboard chart despite antagonizing nearly the whole industry. He couldn’t meet up to the expectations of one who has been flaunting his Billboard statistics since he started charting.

Big Sean dropped his long anticipated album ‘Detroit 2″ same day as 69’s ‘Tattle Tales’. However, Sean debuts at the top of the chart 103K units moved in its first week, while Tattle Tales debuted at number 4 with 53K units.

Following reports that his projections went from 150K to 50K, 69’s good friend DJ Akademiks speculated that this may have happened because Billboard disqualified his album bundles.

One way or another ima force ya to listen to this! Since ya ain’t want to buy it

Billboard previously announced new rules that would disqualify certain album bundles from final sales, though that rule was meant to be implemented next month.

Acccording to HipHopDX, Billboard’s latest report on the charts did reveal that 6ix9ine’s album sales did include bundles. 32K of the 53K sold were from pure album sales which includes “an array of merchandise/album bundles.”

20K were from streaming units while another one thousand of the units came from track equivalent album units.