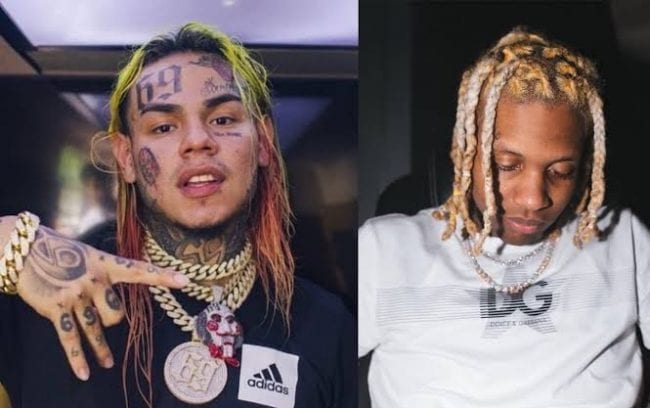 Tekashi 6ix9ine Mocks Lil Durk’s Sales: “This What Happen When U Don’t Got Drake”

It’s no news that Tekashi 6ix9ine is fast losing relevancy. His first two songs post prison release did great numbers and it seems it’s due to curiosity cause his new album didn’t do pretty much as expected.

The rapper has been humbled ever since and he even shared a video of himself tearing his own posters in the streets of Brooklyn and another one that shows him giving out his album CDs to strangers for free.

After debuting at #4 on the Billboard 200, 6ix9ine is adamant that his rivals are no better, antagonizing the likes of Lil Durk, Lil Tjay, Trippie Redd and Blueface for their lack of sales, which is just ironic and redundant at this point.

Chicago’s Jay Z #lildurk debuts on the charts at #62 with “The Voice”. Y’all fw the song or na?

Lil Durk‘s new single “The Voice” debuted at #62 on the Billboard Hot 100 this week and, as expected, 69 had some words about that, calling out the Chicago rapper’s sales and suggesting that he needs Drake to chart higher.

“Everybody in the industry posted this,” in regards to Durkio’s numbers. “This what happen when u don’t got drake.”

“This was by mistake,” Lil Durk replied in the comments section. 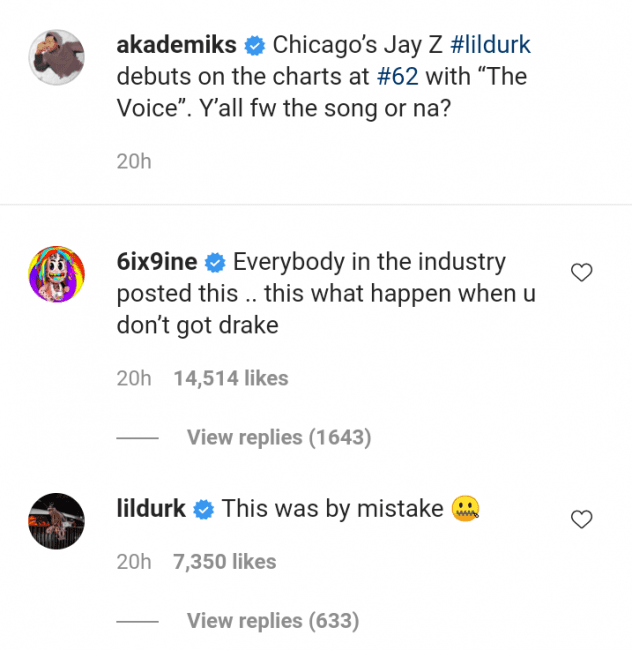 Cardi B Files For Divorce From Offset, Wants Custody Of Kulture