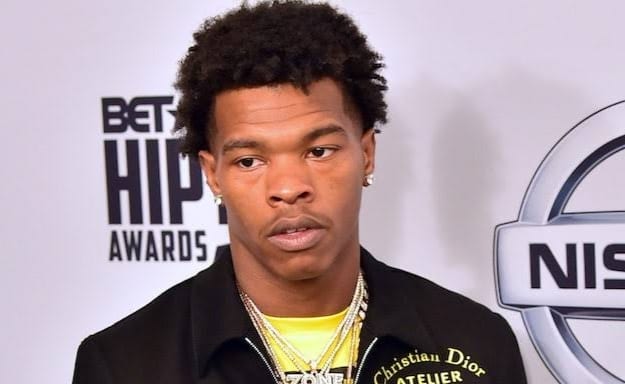 Lil Baby and has been on and off with his baby mama Jayda Cheaves, but in recent times, the two have been cool and lovey dovey with the rapper even buying her expensive gifts. However, things doesn’t seem to be the same with his other baby mama.

The mother of Baby’s eldest son Ayesha is lost she’s not getting the same treats and she is now making scathing claims against the rapper, alleging that he didn’t pay for his son’s education.

Ayesha called out clapped at the “Bigger Picture” rapper for allegedly failing to pay his son Jason’s school fees, which eventually got him being kicked out. “@LILBABY_1 JASON’S SCHOOL TUITION HAD AN OUTSTANDING BALANCE BEFORE THE VIRUS EVEN CAME ABOUT I HAVE EVERY EMAIL,” she wrote on Instagram Stories.

Oop!! Ayesha, the mother of #LilBaby’s eldest son, had a quick word about the finances for their son’s education after #JaydaCheaves showed off her new handbag!! (Swipe for previous post) (📷:@gettyimages)

“DUE TO YOU NEVER PAYING IT THEY TOOK MY BABY OFF THE PORTALS SO HE WON’T RECEIVE ANY VIRTUAL LEARNING PROGRAMS FROM HIS SCHOOL BECAUSE THEY BASICALLY KICKED HIM OUT.”

Ayesha added that Baby recently showed off the Rolex watch that he bought his son despite the fact that he can’t tell time yet. The timing is pretty strategic, considering Jayda Cheaves was showing off the new bag Lil Baby bought her today.

She also provided receipts, showing a near $10,000 balance for Jason’s schooling that was over 90 days past due.

Lil Baby has has since responded to the accusations, writing: “1+1=2 not 3. Some shit just don’t add up” on his Instagram story.

Ayesha, the mother of #LilBaby’s eldest son, coming through with receipts👀 (SWIPE for previous posts) (📷:@gettyimages)

#LilBaby coming through with a quick message!!

0
Related Topics:AyeshaLil baby
Up Next