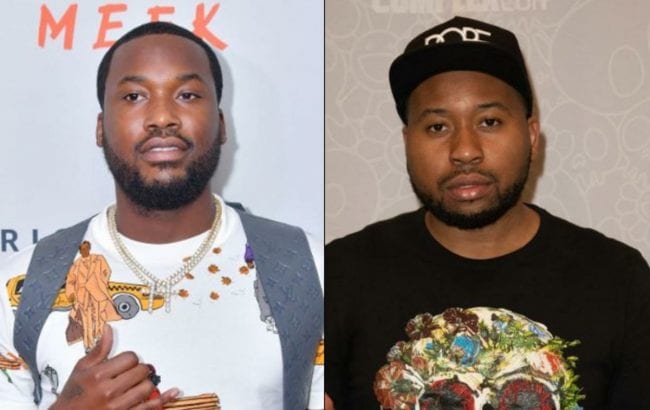 DJ Akademiks has been firing shots at his rivals recently and it has earned him a ban on Twitch. The popular blogger has been taking aim at Hip Hop stars including Freddie Gibbs, Drake, Meek Mill, and Ben Baller.

Freddie Gibbs destroyed the ‘Everyday Struggle’ host which prompted him to switch to Twitch where he made hate video on his perceived oppositions, blasting Chrissy Teigen, John Legend along the above listed names.

However, According to StreamerBans on Twitter, Akademiks has been suspended from the platform, until further notice. We can’t tell how long this ban will last for, although we’re sure we will find out soon. Some of these bans can range from one week to an entire lifetime.

Akademiks is likely to be back on the platform sooner rather than later due to his offense. Whichever way, it’s obvious that Twitch is cracking down on certain forms of speech and content.

In reaction to the supposed ban, Meek Mill shared a Tweet that claimed Ak was banned from Twitch and suspended from Complex without no confirmation. “And banned from the trenches,” he added.

An unshaken Akademiks responded, “U swear n***s tryna be in the trenches.. we online.” He actually apologized for his comments to Chrissy Teigen, addressing how he was “out of pocket” for going to such a dark place, especially at the moment.

And banned from the trenches 😂😂😂 https://t.co/wnSbWVC6Fi

U swear niggas tryna be in the trenches.. we online… https://t.co/qEdGJTfBoc

Here is one part of Akademiks apology to @chrissyteigen. Shoutout @johnlegend for not tolerating any slander from the Fox News Anchor of Hip Hop towards his wife.
pic.twitter.com/DYOXPMcp7i