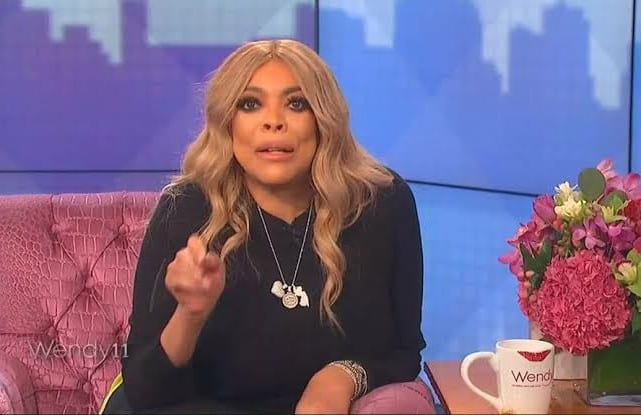 Nicki Minaj’s husband Kenneth Petty made controversial headlines earlier after he was arrested for failing to register as a sex offender in California.

Kenneth Petty was forced to hand over his passport and will be required to wear an ankle monitor upon his release.

Back in November, Wendy mocked Nicki Minaj for marrying a sex offender. “Can you imagine a burgeoning belly with these burgeoning hips?” Wendy asked.

“I mean, the plastic of it all. She’s gonna have a big belly and she’s short and she’s got the boobs and the hips. And I don’t know what he does for a living, I just know that he did time in jail for he’s a sex offender,” she added and Nicki did replied her.

Wendy reignited their beef after she brought up Kenneth’s case at the end of Tuesday’s episode of The Wendy Williams Show, Wendy did not hold back on shaming Nicki Minaj for her decision to marry a registered sex offender. “Let me tell you something Nicki,” Wendy began. “You should have never married him. Because now, you’ve ruined everything about what your brand could be, again.

“You’re never gonna stand a chance when you’re with a man who pulls a knife at rape-point… a molester. A registered sex offender, who wasn’t even registered. You’re never going to stand a chance with John Q. Public, because there’s only one thing worse than touching children, and pulling knives: and that’s murder. By the way, he did go to jail for manslaughter.”