R&B singer Mya Harrison was one of the hottest artists in the 2000s. But now she’s allegedly broke, and living in a studio apartment in Los Angeles, without any furniture.

Apart from being a singer, Mýa Marie Harrison is also a songwriter, producer, and an actress. She was born into a musical family, before entering the music industry she appeared on BET’s Teen Summit.

The beautiful singer signed in 1996 with Interscope Records, she released her eponymous debut album in April 1998.

According to a new report, Mya blew all her 2000s money, but continues to flow what she has remaining into her career as an independent artist. 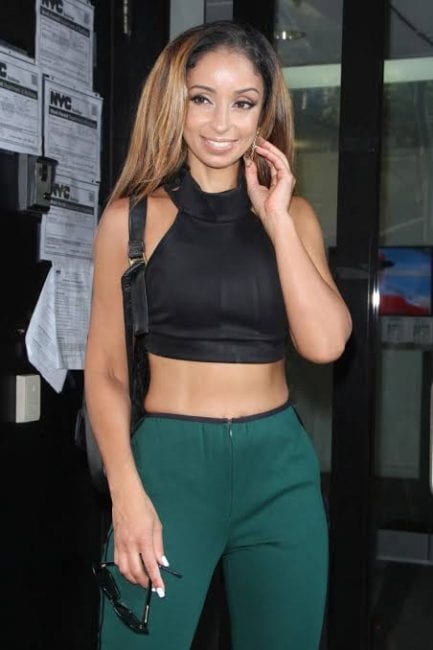 Mya fully funds all of her own music, with her own money. “This type of freedom has served her well, but it comes at a cost. [Mya] once owned homes in Maryland and California. But since she has to fund herself, she told Vibe in 2018 that she downgraded her entire life,” a source revealed.

Adding that : “she moved into a tiny studio apartment in California. And she doesn’t invite friends over, she doesn’t date, and she didn’t bother to spend money on furniture.”

But one thing is that she still looks pretty as ever, regardless that she’s now 40,. She recently posted pics of herself without makeup on The Gram.

#HappyFriday 💙🤍💙 In nature, nothing is perfect and everything is perfect. Trees can be contorted, bent in weird ways, and they’re still beautiful. ~Alice Walker #friday #freedom #freckles #flawsandall

DaBaby Claims He Hasn’t Smoked Weed Since The Ball Dropped